We have 5 on the organising committee (I call it an organising pentacle, and it’s also sometimes called an organising cell).
We modelled our organisation structure on British Columbia’s WitchCamp, which I attended as a Student Teacher in 2010 and was very impressed by. Each person has an area of responsibility, with support from the others when needed, and we meet (by Skype) every two weeks or so.

From Queensland – Gede Parma has the role of Outreach, connecting with EarthSong (the other Australian Camp), International Reclaiming and Australian Pagan groups. He’s also a teacher at CloudCatcher, and is so into Reclaiming WitchCamps he’s planning to attend a total of 3 this year (two of them as a Camper).

From Northern NSW – Amica Sanday has the role of Registration, keeping track of who’s coming (and who’s paid); running complex Excell sheets and doing a whole lot of detailed organising. Also Glenn Keir – with the role of Venue Liaison – a residential Camp in the Gold Coast hinterland. Both Glenn and Amica had never been to a WitchCamp before Healesville last year, and were so impressed that they wanted to be part of bringing a WitchCamp to this area, Northern NSW/SE QLD.
Currently in Sydney (but still very attached to Northern NSW) – John Dolman, in the role of Budget – a vital role of juggling expenses with income, as well as doing a hundred other necessary jobs; and myself in the role of Teacher Link, providing a (living) link between the Organisers and the Teaching Team. John had been to both the Healesville Camp and the British Columbia Camp and found the WitchCamp model to be edgy, exciting, luminous magic. I’ve now been to Healesville, California Camp (twice), British Columbia and Lorely, in Europe and am still in love with WitchCamps as the most dynamic, deep and powerful expression of magic-woven-with-myth-seeded-with-empowerment that I’ve experienced anywhere.
As well as organising CloudCatcher, we work magic! We spent the first 6 months of our time working the Iron Pentacle – a Reclaiming magical tool for deep self-awareness – and we are now three months into working the Pearl Pentacle (sister to the Iron Pentacle). The Pentacles have 5 points – so since there are 5 of us, we each take one and thus hold the whole Pentacle between us. Every full moon we shift through to the next position, so over a period of 5 months we each move through the entire Pentacle. The points of the Iron Pentacle are: Sex, Pride, Self, Power and Passion; and of the Pearl Pentacle: Love, Law, Knowledge, Liberty and Wisdom. (There’s more about these on my blog, if you’re interested: www.janemeredith.com/blog – and on the web generally if you do a Google search.)
We work these points in our own lives, as well as energetically as a group when we meet; and they are the basis for our magical offering which is CloudCatcher WitchCamp. I’m just about to depart from Liberty into Wisdom – I have absolutely loved being in Liberty, which was a bit of a revelation. I had previously held Knowledge (which I found a little hard and dry) and Law (which I found divine and beautiful) – to my surprise I found that Liberty was an extension within these two things, Law and Knowledge – not freedom from them, but freedom granted precisely because, and within them. Liberty is a little like an individual WitchCamp – we receive the fundamental structure, principles and history from all the other Camps that have existed – and then within that, CloudCatcher’s uniqueness blossoms, in the form of our Paths, our mythical Story and our relationships to the land and with each other. 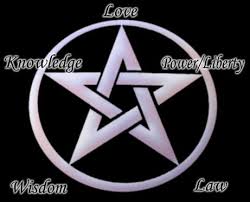